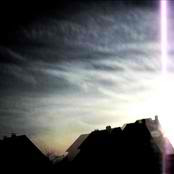 The sophomore album of Jacques de Villiers, an ambient musician from Cape Town. More Wind For Lonely Suburbs is the fine follow-up to Sleepsongs, having embraced a drift between gorgeous harmonies and microtonal noise, reminiscent of Tim Hecker`s works 6-8 years ago. Compared it tightly to his previous work, the elements of drone and shoegaze are invisibly disappeared and the piano chords up to do carry over the room and the subtle undercurrents of borealic digital noise give a broad way to emotions to be opened and dilated. However, only 3 tracks are represented here: Oceanic Preamble, Written For You After You Left Us ning Wednesday, 18 July 1945 (A Perfect Winter's Day).

[Old but important] 8bit Betty Too Bleep To Blop (Hippocamp) 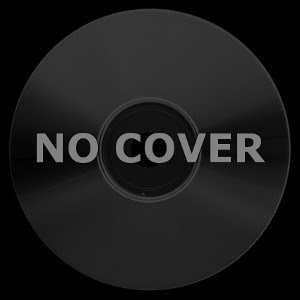 If to check out for the legendary Manchesterian label Hippocamp`s (being on hiatus at the moment) download rates at Archive.org you can see Bryan Teoh`s album Too Bleep To Blop sharing bravely the second place more than 40 000 times (not included the other download sites and servers). Vox populi vox dei. Although five years have passed since the release date Teoh`s sounds have been very refreshing up today yet. 7 tracks, based prinicipially on the numbers of chiptune/8-bit/chipbreak/tracker music, being part of this (those) genre (genres), within it recent computer music was started off approximately two and a half decades ago, and maintained (cult) popularity to date as well. Teoh is obviously one of those most ardent musicians I have had the privilege to listen to. No doubt. Ablaze breakcore rhythms, subtle pace changes, great harmonic sweetness coming forth through autotuned vocals and elements of lollipop and shibuya-kei - even more else, the echoes of indie/shoegaze music can be heard from therein. The American's ante is performed on the covering of 8bit`s very technical nature with a lot of emotions and life sense. If to mention all of those extraordinary tracks as And I Know That You're Happy (Ballad of the Lonesome Spaceboy), Reading Rainbow, Nikoma's Theme (Extended Mix) Spooky Loop, the Green Kangaroo, "Blast Off!, it may be viewed as a tautological array because Too Bleep To Blop consists actually of 7 tracks only. Teoh`s comeback with his new releases would be very recommended in any case. We miss you, Bryan!

Download it from here
Posted by Kert Semm at 6:35 PM 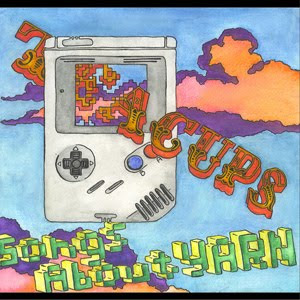 Rack & Ruin Records is certainly one of the fewest labels which has the ability to astonish the melomans at times. The album of 16 tracks gets involved in interesting aspirations. The main feature is to "mess up" the sounds of chiptune/8-bit and orchestrated sound/chamber pop, this is actually the reason why you can hear naivistic and rough electronic music approaches alongside with lucid symphonic sounds. The last mentioned ones are based on violin loops and tehnique of modifying some octaves and the first named are conjured up from old game consoles such as SNES and N64. Although almost all tracks are instrumental and have short duration, nevertheless, the picture will not get fragmentized yet. There are 2 exceptions, though - Knitting for your Resume (SNES) is a beautiful indie pop bob with singing. Also, it would be unfair not to mention the main and longest track Songs About Yarn in B-flat which does come forward through blithesome soundtrack-alike milieu. Listening to Songs about Yarn is a really worth experience, mainly by 2 aspects - solidness and extraordinariness. 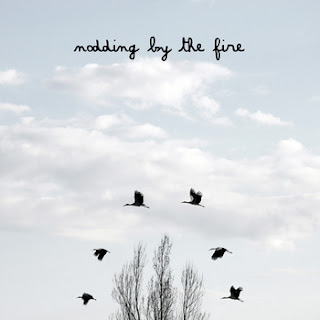 Nodding by The Fire is a Spanish trio comprising of Javier Ordàs (guitar), Carlos Puente (bass, guitar, Casiotone, flute, harmonica), and Jacob Gonzalez (percussion) does offer a delicious set of 10 tracks. Their music is instrumental without exception, which presents itself as a blend of alt-folk and springing melancholic and sentimental mood music. The album starts as intro for Short Fanfare, which runs on as the gales of psychedelic folk of the 1960s. On the other hand, El Monte swirls around a fantastic assemblage consisting of brass, mandolin, and harmonica accompaniment (however, who is able to achieve such a pilotage, deserves much recognition in any case), and Summer in the Air which is a joyful example of happy-go-lucky whistling. Guitar arpeggios and mandolins around here are to keep continue weaving shroud of progression, where inbetween you can find some fragments of mariachi (guitar) tunes as well. Besides figuring out that the harmonica is a sexy instrument, you can perceive more clearly that the intentionality of this release is directed toward seductive moodiness. Very solid, consistent, and captivating indeed. 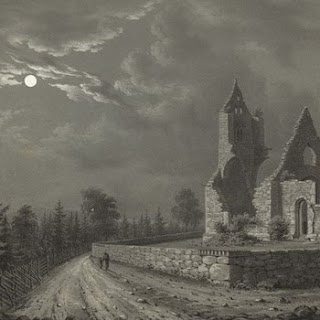 The Goner, a five-piece collective from Stockholm, the capital of Sweden, has released 3 albums (Halartrallar; Hind Hand; Haven) in the recent years. Bitemarks is the first EP seen the sunlight by them. Psychedelia, improvisation, gothic/noir, drone and the approach of minimalism are here to be blended into a organic universe via folk music algorithms. Again, neofolk/dark folk, the output of traditionally sounding folk, and some psychedelic milieus are around here to come finishing it off in the joint area and to stand at each one`s side. The middle age, past and today will be wrapped in one restricted conception. The violin parts - which are played as a collaboration act by Emma Wahlgren, and much praised by the band itself -, organ passages getting more massive step by step, clearly articulated guitar chords, and the last two minutes at Oakmulgee Creek, the ending track, are filled in by the found sounds/natural sounds. To get a example of the relatives hereof, I cant`t go around without to mention Espers and Anahita (strong medieval music tendencies), Six Organs Of Admittance (epic progressive tendencies), Death In June (airy dark-sounding viscosity). Congratulations for the suggestively impressive coverprint as well.

Having a speak about Felipe Casey Cardona`s 4-track cassette single Casio Nightlife it is not realistic to ignore Ariel Pink`s low-tech doings in the middle of the 00`s being attracted so many attention and hence giving a launch to one developing musical scene, named as chillwave/glo-fi/stargaze nowadays, which relies on a blend of the roughness of the do-it-yourself aesthetics and dreaminess of the bedroom music. However, the situation is changed and the greatest of them (Ariel Pink, Devendra Banhart, Wavves) are being signed up by well-known labels, moreover, the aforementioned artists have managed to move on more toward the centre of pop music, though.

Cardona takes his path in a direct and downright way. Low-end synths and noir-alike vocal sequences with some sense of violet-y colorings are ready to be instantly thrown forward from the start to the end. The opening and self-titled track seems to be a tribute to the erotic music, the finishing one Subjective Paradoxical Argument is a deep inner space noir. Two tracks in between do conjure up naivistic synth chords and merely discernible distorted backcloth, by having the singing in English and in Spanish. Prevalently he does drift in a lucid and high spirited mood, yet, in the ending phase his conception is used to seem a little bit monotonous and equable. But he is a talented guy anyway. 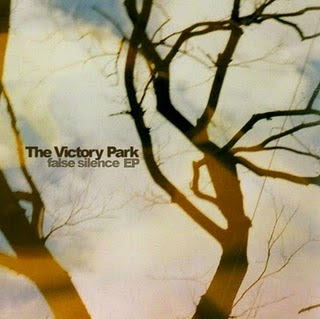 The debut album from a trio coming from Moscow does reflect a quite similar effect to the likes of Franz Ferdinand and Interpol, however, their output imposes even more on its roughness. I have listened a lot to The Victory Park in the recent days, being still not tired of them. Their music is uncompromising, seemingly having no intention for somewhat calculation regarding objects of utility, also lacking the annoying hermetics proper often to the studio walls and the producers of kind of I-know-which-is-the right way-to-record. It is personal anxiety and pessimism, which encourages those musicians to struggle on with their fights. Obviously it is inspired by post-punk and proto-indie forerunners (Joy Division, The Cure, The Chameleons, Durutti Column) came about from the end of the 70s and early 80s. Infused with the verbal side sustained by the pessimistic philosophy of life, and obscure moods. Inspite of darksidedness the guitar chords are played up to the glare and dinstinct flash and overdriving riffs do conduct a trip sometimes even further, crossing the boundaries of post-punk, of coming to the territory of shoegaze music (a la Swervedriver); beyond of that there is given importance to the neurotic drums and some pinch of electronics with the purpose to get push up this desired and obligatory dark appealing. A worth album mentioned in by many bloggers from around the world.